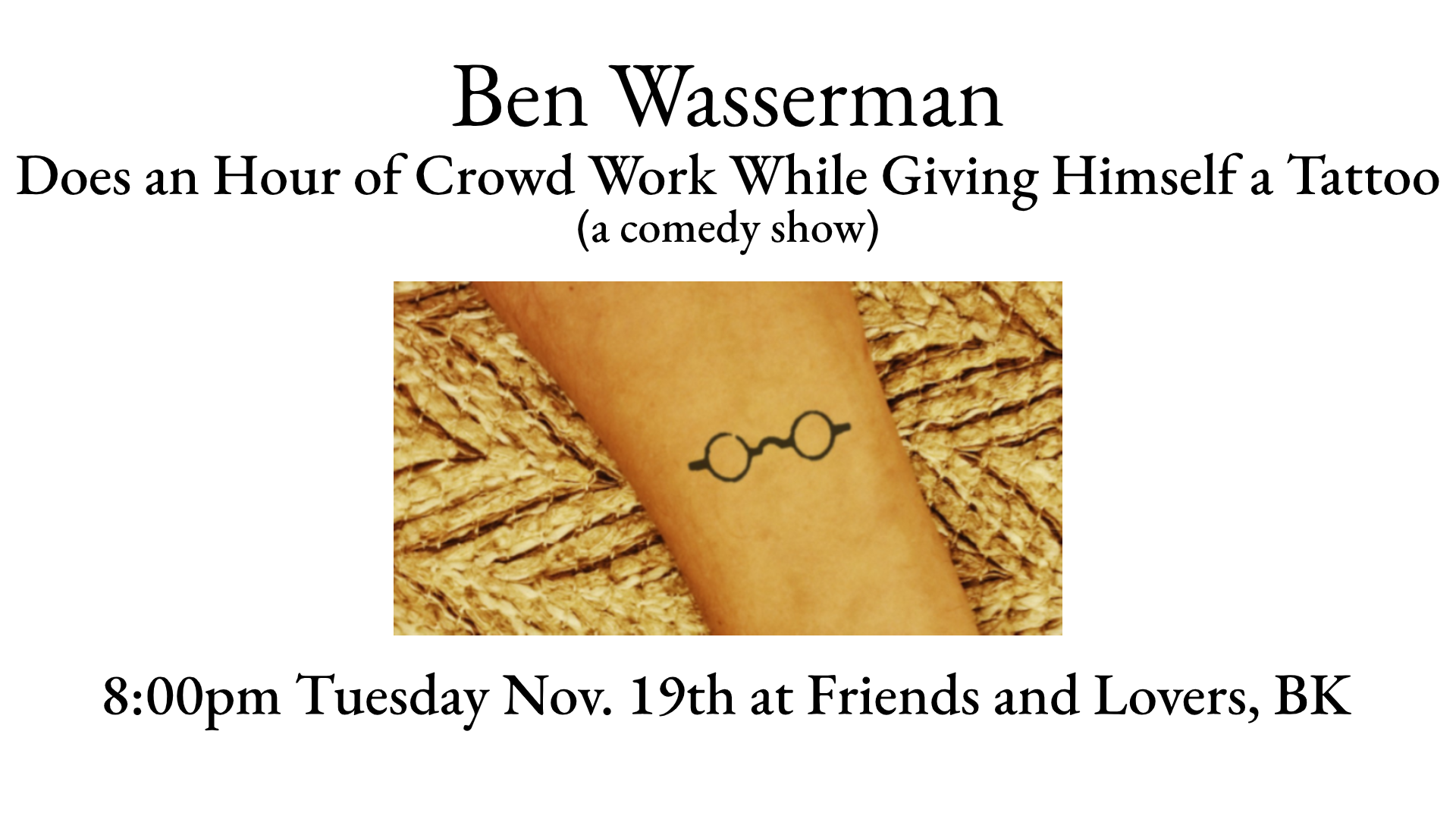 Comedian Ben Wasserman will give himself a stick and poke tattoo live on stage inspired by interactions with the crowd. Ben regularly performs a chaotic blend of comedy, characters, and audience participation — he is not a tattoo artist and has no training whatsoever but is still really actually doing this.

Is it alt comedy? Is it performance art? Is it a meditation on the relationship between artist and audience? Who knows, but it is definitely a bad idea!

Come to the show, and watch good comedy and a man injure himself by maybe putting your name on his body!

Ben Wasserman is a NYC based comedian whose work has been featured by VICE, Paste Magazine, and Vulture. Recently, Ben painted with his butt on MTV.