Bad News…i was there 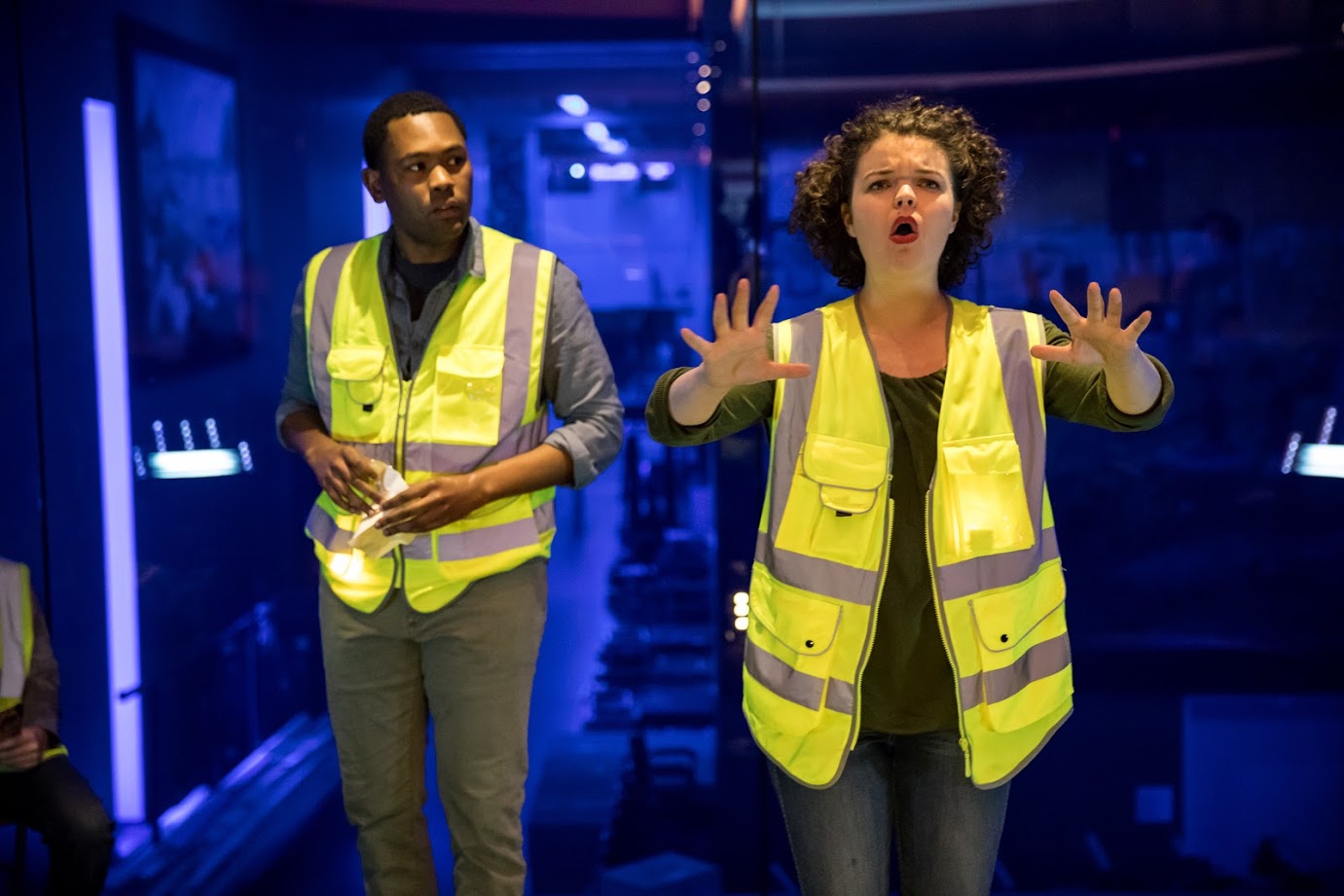 Audiences will be led on a unique a journey through NYU Skirball’s lobby, hallways, and out-of-the-way spaces where messengers from classical drama share shocking events from the great stories of the ancient world: madness, murder, infanticide, suicide and gruesome warfare, sparing no details. Taken from the works of Aeschylus, Euripides, Sophocles, Racine, and Brecht, these monologues are spoken and sung in a harmonious chorus of English, interwoven with Greek, Latin, German and French. All paths lead to the empty stage where the company will recite the story of the battle of Salamis from The Persians by Aeschylus, the oldest surviving play in Western Literature.

Created in the spirit of the Greek polis — where audiences came together to witness performances which called into question the rationality of mortals and the justice of the gods — Akalaitis draws a parallel between this ancient theatrical device and contemporary media coverage of horrifying events, where eyewitnesses often repeat a heartbreaking refrain of “I was there.” guthrietheater.org/bad-news

The performance is followed by a gathering in the lobby, where the audience is invited to share their own Bad News by leaving anonymous notes in drop boxes provided along the paths through NYU Skirball.

Bad News! i was there…. has an original score by Bruce Odland, visual design by Julie Archer and lighting by Jennifer Tipton. It is presented in cooperation with the Guthrie Theater. Note: audience members travel to locations throughout all areas of NYU Skirball. There will be areas to sit, if needed, in all locations.

Joanne Akalaitis is a five-time Obie Award-winning theater director and writer, co-founder of the critically acclaimed avant-garde theater company Mabou Mines, former artistic director of the New York Shakespeare Festival and a Drama Desk Award recipient. She has staged works by Euripides, Shakespeare, Strindberg, Beckett, Pinter, Tennessee Williams and Jean Genet at theaters all over America and in Europe. She has taught at institutions such as the Juilliard School, Bard College, Fordham and Yale Universities, and was the Andrew Mellon Co-Chair of the first directing program at Juilliard, Chair of the theater program at Bard College until 2012 and the Denzel Washington Endowed Chair in Theatre at Fordham University in 2015. She is a recipient of the Edwin Booth Award and Rosamond Gilder Award for Outstanding Achievement in Theatre.