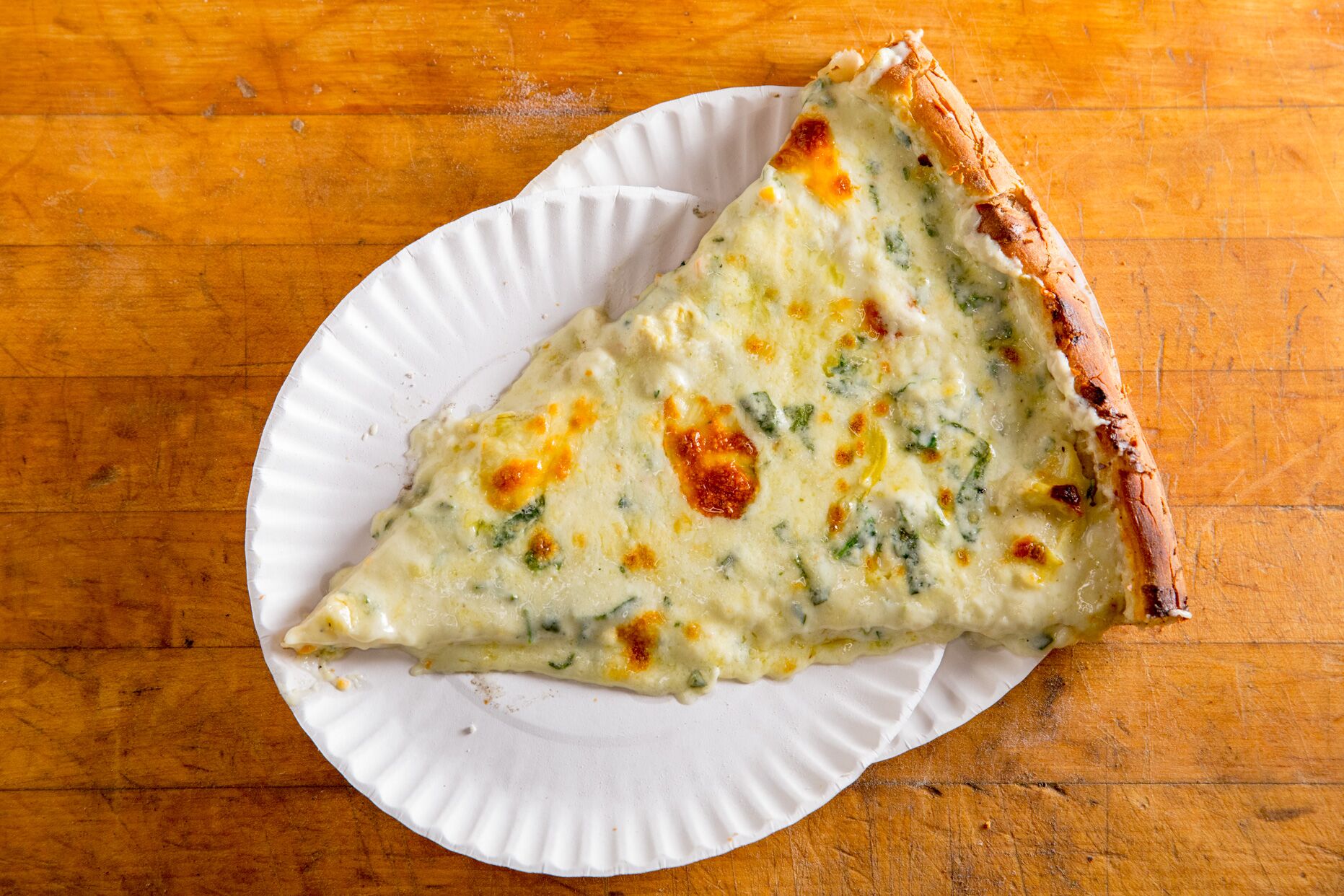 A crowd of competitive pizza eaters will take to an elevated stage in front of Artichoke Pizza’s Park Slope restaurant to vie for the coveted Golden Peel Trophy, named for the tool used by pizza pros to slide pizzas out of the oven. The eaters will chow down as fast as they can on Artichoke’s larger-than-life slices, and only one will remain victorious. Artichoke Basille’s Pizza co-founders Sal Basille and Francis Garcia, known nationally from their hit Cooking Channel TV shows Pizza Masters and Pizza Cuz, will host the epic eating contest in conjunction with the Park Slope Fifth Avenue Business Improvement District. A DJ will also be on-site bumping energetic songs to keep the competitive eaters motivated during the contest.