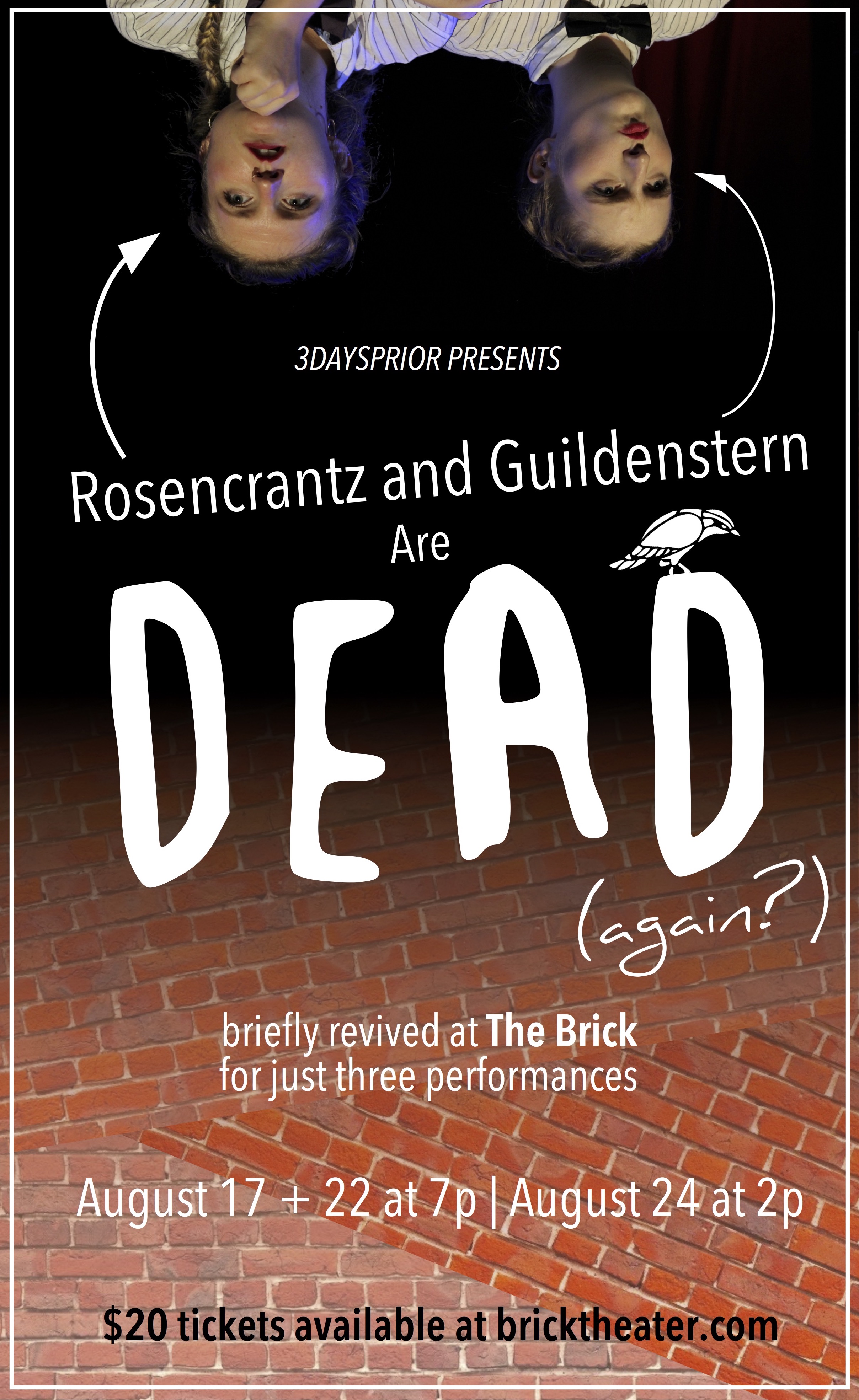 3DaysPrior is proud to present Tom Stoppard’s Rosencrantz and Guildenstern Are Dead as a part of The Brick’s Shakespeare in the Theater Festival.

TICKETS ARE NOW ON SALE!