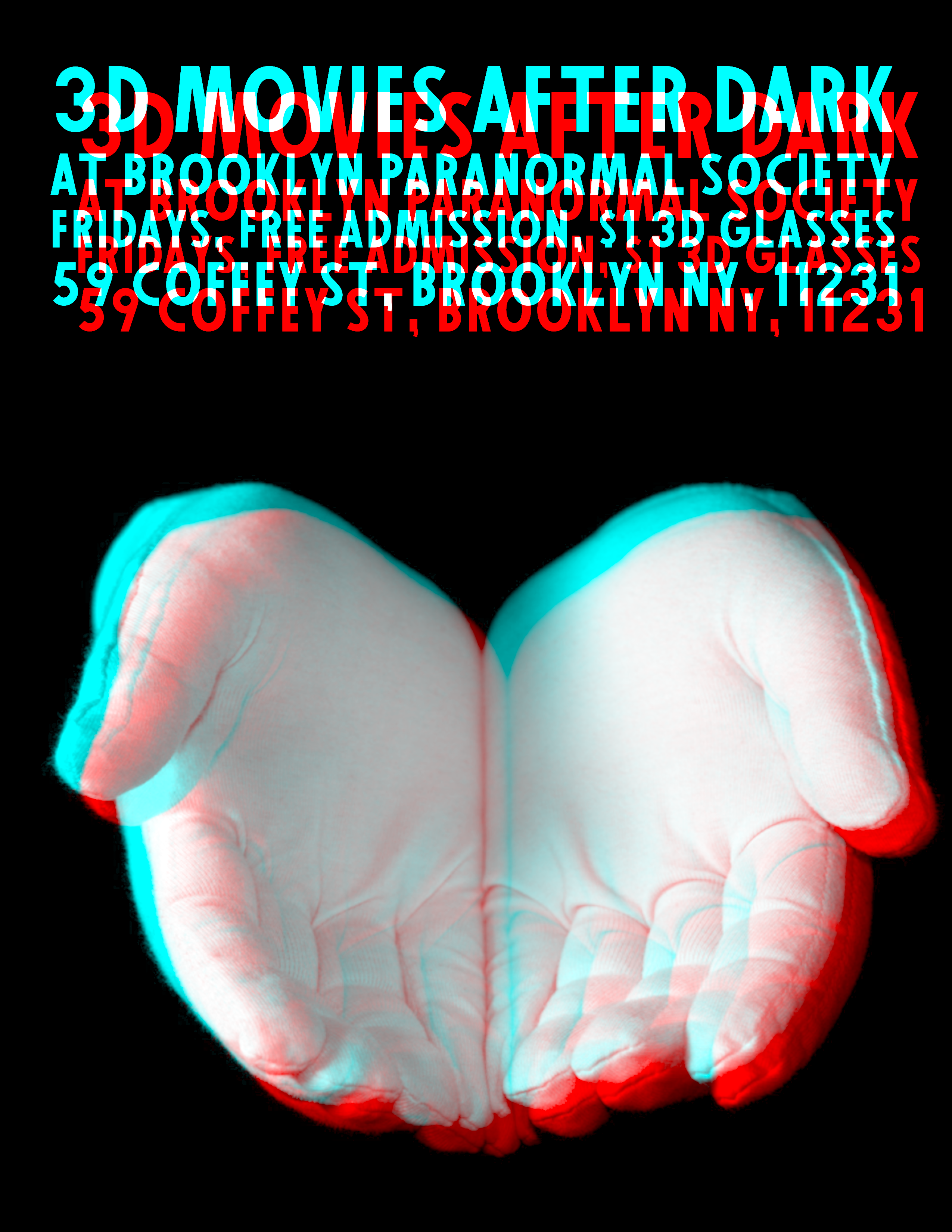 In Celebration of 3D film.

‘3D Movies After Dark‘ is an event for BKPS members, hosted by the Brooklyn Paranormal Society. Each meeting convenes to explore a new fascinating film, presented in Anaglyph 3D.

Anaglyphs are made by taking two photographs of a scene from cameras separated by 6 cm. The two frames are then each colored red , and blue ; then are combined in to one image.

The combined image when viewed with appropriate glasses appears three dimensional, and allows a more in depth viewing experience!

Although 3D movies were initially made popular in the 1950’s by linear polarization technology, the industry later switched to anaglyph because many movie viewers were becoming nauseous.

The BKPS film library boasts an impressive selection of anaglyph 3D films on VHS and DVD, as well as a vast collection of movies on other mediums. Our collection spans from the 1970s on.

For consideration are films covering topics such as sci-fi, fantasy, horror, documentaries and more bizarre. We have a comprehensive collection of alien, ufo and conspiracy VHS tapes for example, of interest to the amateur or veteran ufologists.

The film for the evening is chosen before the screening begins, so come early for a vote. The clubhouse is an amazing space on Coffey St., a very scenic and historically dense location.